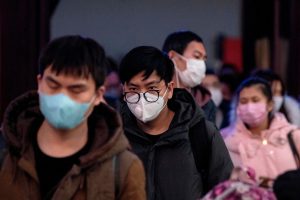 Among the new recorded deaths, 37 were in the region of Hubei, whose capital is the city of Wuhan, the epicentre of the epidemic, and 38 th in Sichuan province (south-west).

There were also 1,032 new cases of infection in Hubei, and some 700 elsewhere in China, health officials said.

A first case was recorded in Tibet, it was said.

The number of contaminations amounts to approximately 7700 cases, more than the number – 5327 – of patients with Severe Acute Respiratory Syndrome (SARS). In 2002-2003, this coronavirus caused a total of 774 deaths, including 349 in Chinese territory.

More than sixty cases of infection have been reported in other countries, less than 1% of the global number.

It will be devoted to “the question of knowing if the current epidemic constitutes a public health emergency of international scope”, explained the director general of this organization, Tedros Adhanom Ghebreyesus, on his return from Beijing.