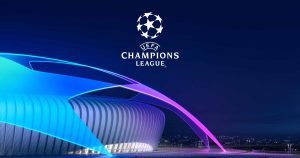 The matches played on Friday has seen a total of six clubs qualify for the UEFA Champions League quarter-finals.

English Premier League side, Manchester City and French side, Olympique Lyonnais, on Friday night joined four others who progressed before the lockdown.

The two teams will now clash for a place in the semi-final.

Atalanta was already assured of a place in the last eight, where they will face Paris Saint-Germain next Wednesday.