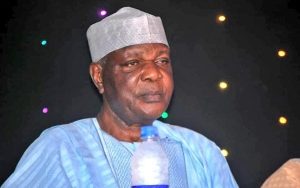 President Muhammadu Buhari on Tuesday sent a condolence message to the people of Kwara State and members of the All Progressives Congress in the state over the death of the Chief of Staff, Aminu Logun.

The President in a statement released through his Senior Special Assistant on Media and Publicity, Garba Shehu, described the deceased as a dedicated public officer.

Buhari said, “I just received the sad and unfortunate news on the death of Alhaji Logun, a successful industrialist and consummate public intellectual.”

“He was a passionate member of our party, APC, who worked for its progress at state and national levels.”

“His death comes at a time his services were greatly needed by the party and government as part of our rebuilding efforts.”

The President while condoling with the Governor of Kwara State, Abdulrazaq Abdulrahman, State Executive Council, and Emir of Ilorin and Chairman, Kwara State Council of Chiefs, Alhaji Ibrahim Sulu-Gambari, prayed that Allah will forgive the soul of the deceased, and reward his good deeds with paradise. He also prayed that God will grant his family the fortitude to bear the loss.

Recall that the Kwara State Government on Tuesday announced in a press release that Logun died from COVID-19 complications, few hours after his test result returned positive.