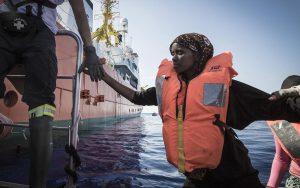 The Interior Ministry said border guards would be notified to deport anyone from Europe who had spent a year in prison, as well as those who had committed minor offences in previous years.

A BBC correspondent says there are fears that the lack of agreement on Britain’s secession from Europe is a difficult situation.