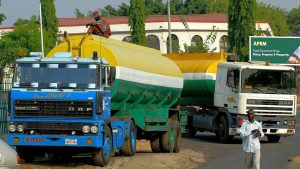 Tanker drivers have suspended their industrial action in Lagos.

Recall last week, there were fears that Lagosians may experience fuel scarcity soon, following a directive by the national leadership of the Nigeria Union of Petroleum and Natural Gas Workers (NUPENG) that Petroleum tanker drivers should withdraw their services from Lagos from Monday.

Yesterday, the Petroleum Tankers Drivers Association (PTDA) stated that it would still go ahead with its planned strike set to begins today as the body fails to reach an agreement with the Lagos State Government.

This was made known yesterday by the National Chairman of PTDA, Mr Salimonu Oladiti in Ibadan, Oyo State capital.

However the strike has now being suspended.