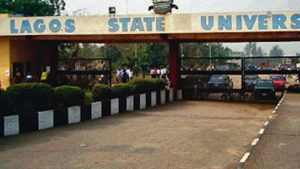 Lagos State Governor, Babajide Sanwo-Olu has approved the reduction of the tuition fee payable by students of the Lagos State University (LASU).

This development was made known on Friday afternoon via a tweet from the handle of the Office of the Special Adviser to the Governor on Education.