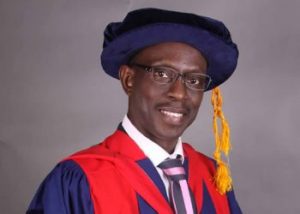 Naija News reports that Oke is the Deputy Vice-Chancellor, Administration of the institution.

It was rumored that Wahab Elias, who is the incumbent deputy vice-chancellor in charge of Academics, would take over from the outgoing 8th substantive vice-chancellor, Olanrewaju Fagbohun, whose tenure ends on Monday, January 11.

This news platform had reported that the governor had on Friday evening ordered a fresh process for the appointment of a new Vice-Chancellor of LASU.

The order for a fresh process for the appointment of the 9th VC was announced on Friday evening, January 8 by the governor’s spokesman, Gboyega Akosile.

Akosile in the statement noted that a fresh process was ordered by the governor of which must be completed within 45 days.

He noted that the decision followed an investigation and stakeholders’ engagement necessitated by petitions against the selection process.

The governor directed also the outgoing VC to convene an emergency Senate meeting.