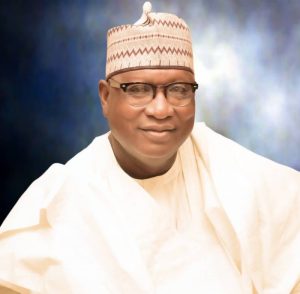 Philip Shekwo, the kidnapped chairman of the ruling All Progressives Congress (APC) in Nasarawa State, northern Nigeria,  has been found dead.

Naija News reports that the development was confirmed by Nasarawa State Commissioner of Police, Dele Longe, who had earlier confirmed the abduction of the Nasarawa APC Chairman.

This online news platform had reported earlier that late Shekwo was kidnapped from his residence in Lafia on Saturday night. More to come.

Meanwhile, as at the time of filing this report, the All Progressives Congress (APC) was yet to react to Shekwo’s murder, this is even as the governor of the state, Abdullahi Sule, Senator Tanko Al-Makura, the speaker of the state house of Assembly, Abdullahi-Balarabe Ibrahim, the state commissioner of police, Bolak Longe, government official, party faithful and sympathizers are now in the house of the slain Nasarawa APC Chairman.