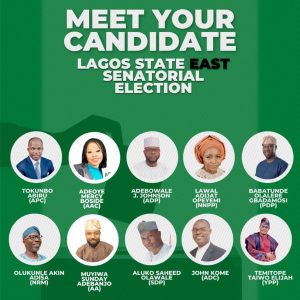 Voting has ended in many polling units in Saturday’s Lagos East Senatorial By-election which held across 71 wards, 1,928 polling units, and 188 voting points of the district.

Naija News reports that the by-election was necessitated by the death of Senator Adebayo Osinowo’s death in June 2020 which left the Lagos East senatorial district vacant.

The result from Ibeju/Lekki LGA sees a massive victory for the All Progressives Congress (APC) with 139 votes while the Peoples Democratic Party (PDP) has just 2 votes.

There are 361 registered voters in the area. 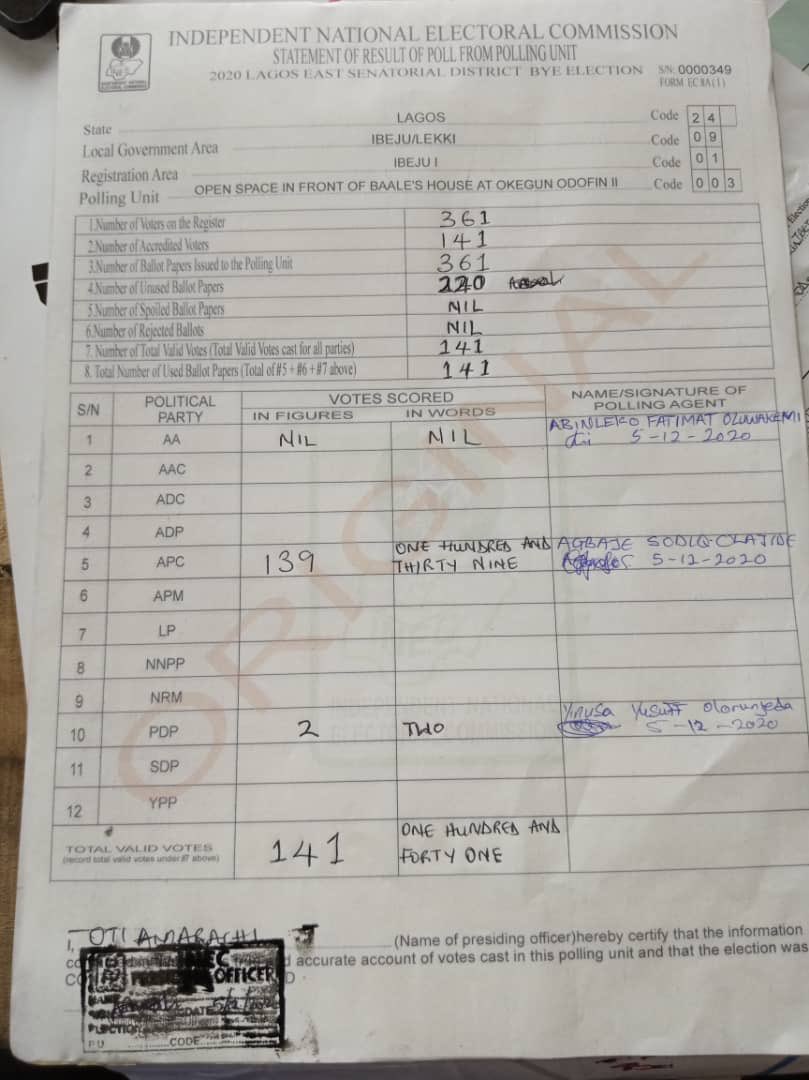 APC got 97 votes while PDP candidate Babatunde Gbadamosi got 10 votes.

In other results from the polling unit, ADP got two votes, ADC one vote while there was a void vote at the unit.

The total number of registered voters at the unit is 738.

You can follow the live page for more updates on the election.

EDITOR’S NOTE: The results are not final as only the Independent National Electoral Commission (INEC) is empowered by law to declare final results.