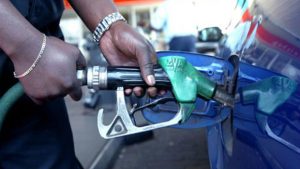 The Muhammadu Buhari led Federal Government has reduced the pump price of premium motor spirit otherwise known as petrol from N168 per litre to N162.44 per litre.

Naija News reports that the new petrol price would take effect from December 14, 2020.

The new price was made known to newsmen by the Minister of Labour and Employment, Chris Ngige at the end of a meeting with labour leaders which began at 9pm on Monday and ended at 1:30am on Tuesday.

Ngige said a technical committee has been set up by the larger house to ensure price stability in the industry.

He said the committee, which will report back to the larger house on the 25 of January next year, will be appraising the market forces and every other thing that will make for stability in the industry.

This online news platform reports that petrol presently sells at N168, following the decision of the Petroleum Products Marketing Company, a subsidiary of the Federal Government – owned Nigerian National Petroleum Corporation to increase the ex-depot price of petrol from N147.67 per litre to N155.17 per litre in November.

The ex-depot price is the price at which the product is sold by the PPMC to marketers at the depots.

Recall that marketers across the country had adjusted their pump prices to between N158 and N162 per litre to reflect the increase in global oil prices following the deregulation of petrol prices in September.