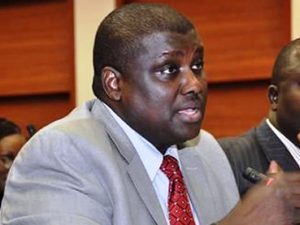 According to PR Nigeria, a top intelligence officer confirmed Maina was arrested based on the existing mutual relationship and security agreement between Nigeria and Niger Republic.

It will be recalled Maina is standing trial on a 12-count money laundering charge filed against him by the Economic and Financial Crimes Commission (EFCC).

The former pension boss jumped bail which prompted Justice Okon Abang of the Federal High Court to order his surety, Senator Ali Ndume to be remanded in custody.

The Senator was however also released on bail last week Friday after meeting conditions set by the court.

As at the time of filing this report, EFCC spokesperson, Wilson Uwujaren, said he was yet to be briefed on Maina’s arrest.