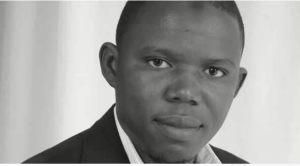 It was gathered that the insurgents who appeared in military uniform invaded some commuters near Matari village between Minok to Jakana road around 8:30 am on Saturday.

The insurgents mounted a roadblock on the highway with three Hilux vans and motorcycles in order to carry out their dastardly actions.

According to a source who spoke with The Cable, Idris was on a private trip from Damaturu, Yobe state capital when he was kidnapped along Damaturu-Maiduguri road.

“While searching the passengers, Idris attempted to throw away his identification card but in the process, one of the insurgents sighted him,” the source said.

This news platform reports that this incident comes a few weeks after a humanitarian worker with the World Food Program (WFP), Emmanuel Peter, was abducted by the insurgents and forced to fake his own death.