Popular crossdresser, Idris Okuneye, popularly known as Bobrisky has given his opinion of the sex scandal involving Biodun Fatoyinbo of the Common Wealth of Zion, COZA.

Recall that Busola Dakolo had in an Interview with Y’Naija, published by Naija News, narrated explicitly how the Church founder raped her on two occasions corroborating her husband, Timi Dakolo‘s earlier lash out at the Pastor.

The controversial male-female was immediately attacked by a Popular Nigerian gay rights activist Ashiwaju Bisi Alimi who said, ‘You are always on the wrong side’.

See the exchange of words between the two below: 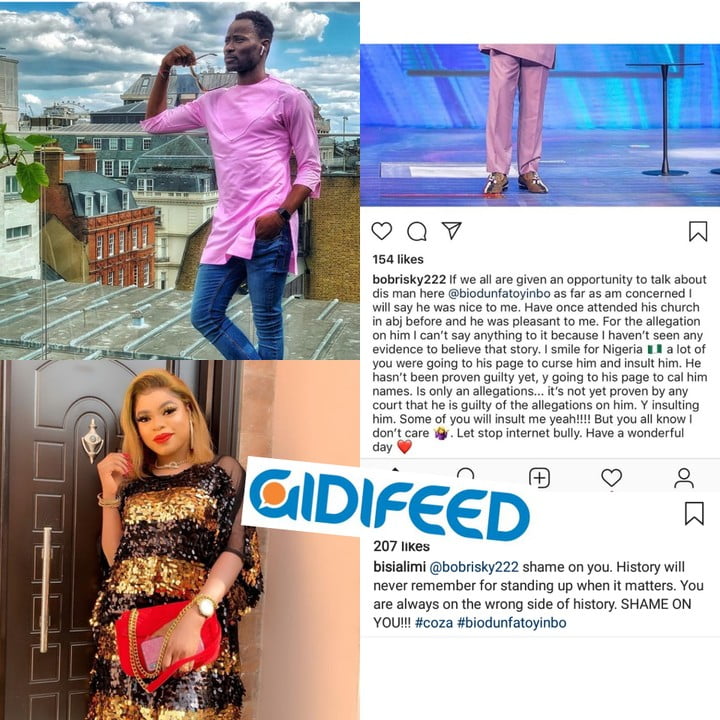 Naija News understands that the video has coursed comments and reactions from Nigerians including celebrities, concerned Nigerians, activists and more.