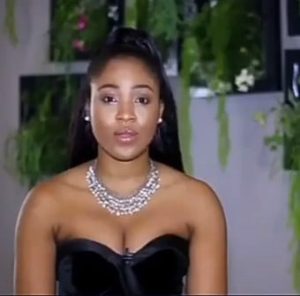 A car dealer called Chidi Mike who promised BBNaija Erica a car and the sum of N2m has called her out online .

The Car dealer, while reacting  to the allegations made against him by the management of disqualified BBnaija housemate, Erica Nlewedim.

The car dealer invited his media partner on a live chat and explained what happened. Chidi wanted a BBNaija housemate to be his company’s brand ambassador and he liked Erica to be that person.

They had a meeting with Erica’s team while she was in the house and it was agreed in the contract that Erica would be given the sum of N2 million during an Instagram live and a car also.

Erica’s disqualification did not discourage his plans with her, however, it was noted that Erica’s team did not fulfill their part of the deal or acknowledge their discussion on social media.

Meanwhile, it was stated that if Erica declines to work with him, he would still give her the sum of N500k to have fun.
In a recent live video, Chidi hurled insults at Erica and her management, calling them hungry bastards

see the series of  videos from the car dealer below

Am calling out all my people , fans and friends , this is stupid and crazy

This is the fool, used Igbo to tell me to fly off the window if I don’t have money let people with money come in from Door , so free 500k and my love and support is nothing abi ? That’s if she wants to be in my brand or not , come will still come in and the Balance later , this car has been shipped already and I wanna give her the balance myself with the car , nonsense, be careful who u stand with out there guys