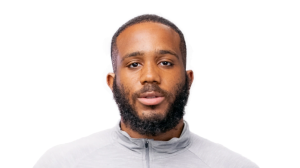 A housemate in the Big Brother Naija reality show, Kiddwaya, has revealed how his billionaire father, Terry Waya, bailed late Diepreye Alamieyeseigha from the UK prison.

Kiddwaya stated this on Thursday during his wager task, which was a tribute to his father.

The statement by the housemate in the Lockdown edition is contrary to the report that Alamieyeseigha allegedly jumped bail in December 2005 from the United Kingdom by allegedly disguising himself as a woman.

Recall that the former Governor of Bayelsa State was detained in 2005 on the charges of money laundering after Metropolitan Police found about £1m in cash in his London home and a total of £1.8m ($3.2m) in cash and bank accounts.

Kiddwaya, speaking about his admiration for his father, said: “My father was the one who bailed the late Chief D.S.P Alamieyeseigha of Bayelsa State out of prison back then.”

“He has everybody’s back and he’s loyal to you no matter what. But he does not expect anything in return from anyone.”

Alamieyeseigha was impeached on allegations of corruption on 9 December 2005, while many of his assets were ordered to be forfeited to the Bayelsa state government.

On July 26, 2007, Alamieyeseigha pleaded guilty in court to six charges and was sentenced to two years in prison on each charge.

However, before his death in 2015, Alamieyeseigha said he only pleaded guilty due to his age and would have fought the charges if he was younger.