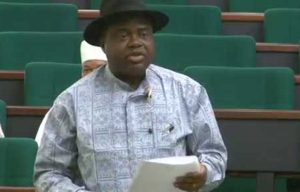 Governor Douye Diri of Bayelsa State has accused the Muhammadu Buhari-led federal government of shortchanging Bayelsa people when it comes to appointments.

In a statement on Friday by his Acting Chief Press Secretary, Daniel Alabrah, Governor Diri called on the Federal Government to give more opportunities to Bayelsans.

According to the governor, his administration will support the agency to ensure that the state gets its fair share of positions and infrastructure, a

Diri, a former member of the House of Representatives, noted that the Federal Character Commission had a lot to do to ensure fairness and justice.

“We thank you for this visit. It shows that you also live above partisan politics and that is the only way we can grow as a state,” he said.

“I assure you that our administration will support you and work with you to ensure that our state gets its rightful place in terms of appointments, employment, fairness and equity in the distribution of socio-economic infrastructure.”