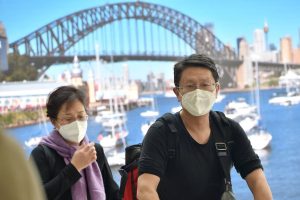 Scientists in Australia have successfully replicated the coronavirus that appeared in China in December in what they describe as a crucial step forward in the fight against the ongoing viral pneumonia epidemic.

The Doherty Institute in Melbourne announced on Wednesday that it had been able to create a new coronavirus from a sample obtained from an infected patient, for the first time outside of China.

“By getting the real virus, it means that we now have the ability to validate and verify all of our tests, and compare reactions and sensitivities,” said one of the lab’s leaders, Julian Druce.

“It is fundamental for the diagnosis,” he added.

China had quickly succeeded in sequencing the genome of this new coronavirus and in publishing the results, allowing scientists around the world to develop new diagnostic tools.

However, China has not shared the virus itself with laboratories around the world, which the Australian institute will now do, via the World Health Organization (WHO), which however indicated that Beijing had authorized international experts to come to China to collaborate with their Chinese counterparts.

According to the deputy director of the Doherty Institute, Mike Catton, this replica of the new Chinese virus will give scientists the possibility of creating antibody antibodies, allowing them to detect the virus in patients before they even show symptoms of the disease.

Governments, universities, and pharmaceutical companies have launched a race against the clock to develop a vaccine against this new coronavirus, a process that can take several months.

The Chinese virus, which appeared in a market in Wuhan in central China in December, has already infected some 5,300 people and killed 131 others.