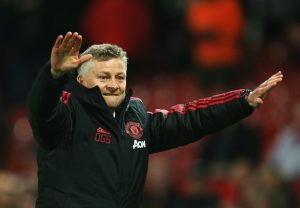 Manchester United coach, Ole Gunnar Solskjaer has told fans and supporters of the club not to expect any further arrival of players at the club before the January transfer window shuts on Friday.

Solskjaer dropped the hint on what to expect during his pre-match press conference on Friday ahead of his team’s home game against Wolves on Saturday.

“I don’t think we’ll do any more business, no,” Solskjaer said.

He, however, confirmed that Bruno Fernandes will be part of his squad against Wolves on Saturday.

Naija News recalls Fernandes completed his move from Sporting Lisbon for an initial 55 million euros ($61 million, £46 million) on Thursday and his expected to bolster the team in midfield.

“We’re just happy to finally get it over the line. We followed him for years and he has grown in that period,” said Solskjaer about Fernandes.

“He is more mature, a great leader of his team and even with all the speculation that has been around him from every club in Europe linked with him, he stayed focused and played some fantastic football for Sporting Lisbon.”

“That is one of the boxes we had to tick.”

“We want players who this means a lot to, and he’s a winner, he hates losing. “I have seen it myself but he uses that anger in a good way, to play better and help his teammates.

“He was a fantastic captain for Sporting Lisbon and he was a leader and he is going to come here and be a great leader.”

Fans of Manchester United would, however, have loved the club to also sign a striker after the injury to top-scorer Marcus Rashford and the departure of Alexis Sanchez and Romelu Lukaku to Inter Milan with Joshua King of Bournemouth high on their wish list.