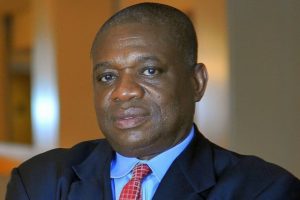 The National Assembly has been called on by a member of Board of Trustees of the All Progressive Grand Alliance, Dr David Bourdex, not to declare the seat of Senator Orji Uzor Kalu.

Recall that a Federal High Court sitting in Lagos had sentenced the lawmaker representing the Abia North Senatorial seat to twelve years imprisonment, for diverting the sum of N7.2bn while in office as the governor of Abia State.

The APGA candidate for Abia North Senatorial seat during the 2019 general elections said, “It is preposterous and presumptuous to make such a demand to declare his seat vacant.”

“Granted that the wheel of justice grinds slowly and surely, those of us in politics should strive to follow the rule of law without doing anything to circumvent the process. We should stand for fairness, and patience is necessary to ensure that justice is done both for the state and citizens and society at large.”