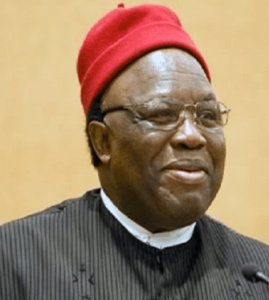 The All Progressives Congress (APC) has congratulated Prof. George Obiozor on his election as the new President-General of the Ohanaeze Ndigbo.

The APC in its reaction contained in a statement on Sunday by the Secretary National Caretaker/Extraordinary Convention Planning Committee (CECPC), Sen John J. Akpan Udoedehe expressed confidence that Obiozor is fit for the position.

The party expressed readiness to work with the new leader of the apex Igbo socio-cultural organization to consolidate on-going efforts to further bring the South-East region into the mainstream of the APC.

The statement also congratulated Chief John Nwodo executive for its mature and patriotic leadership of Ohanaeze Ndigbo during his tenure in office. 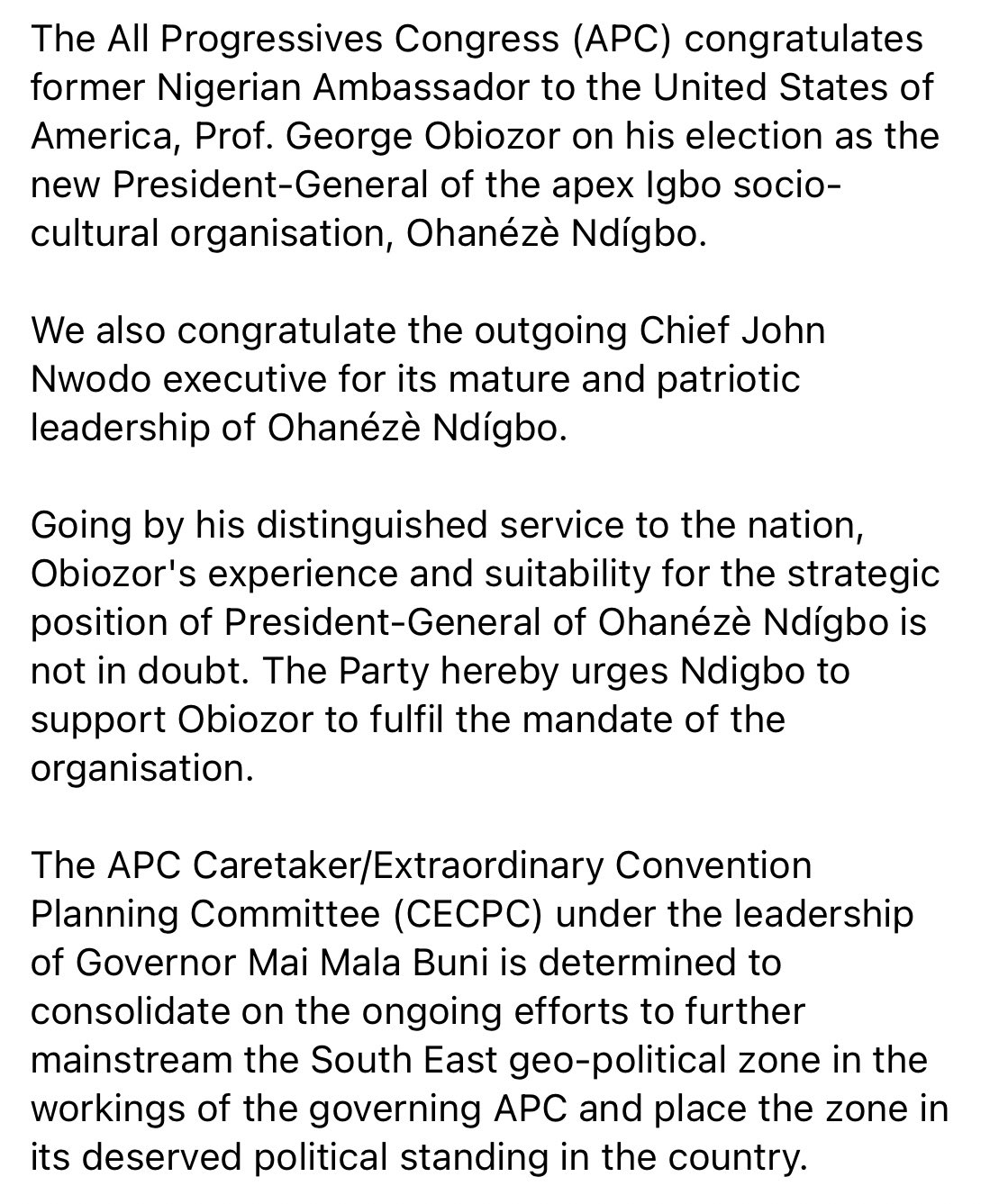 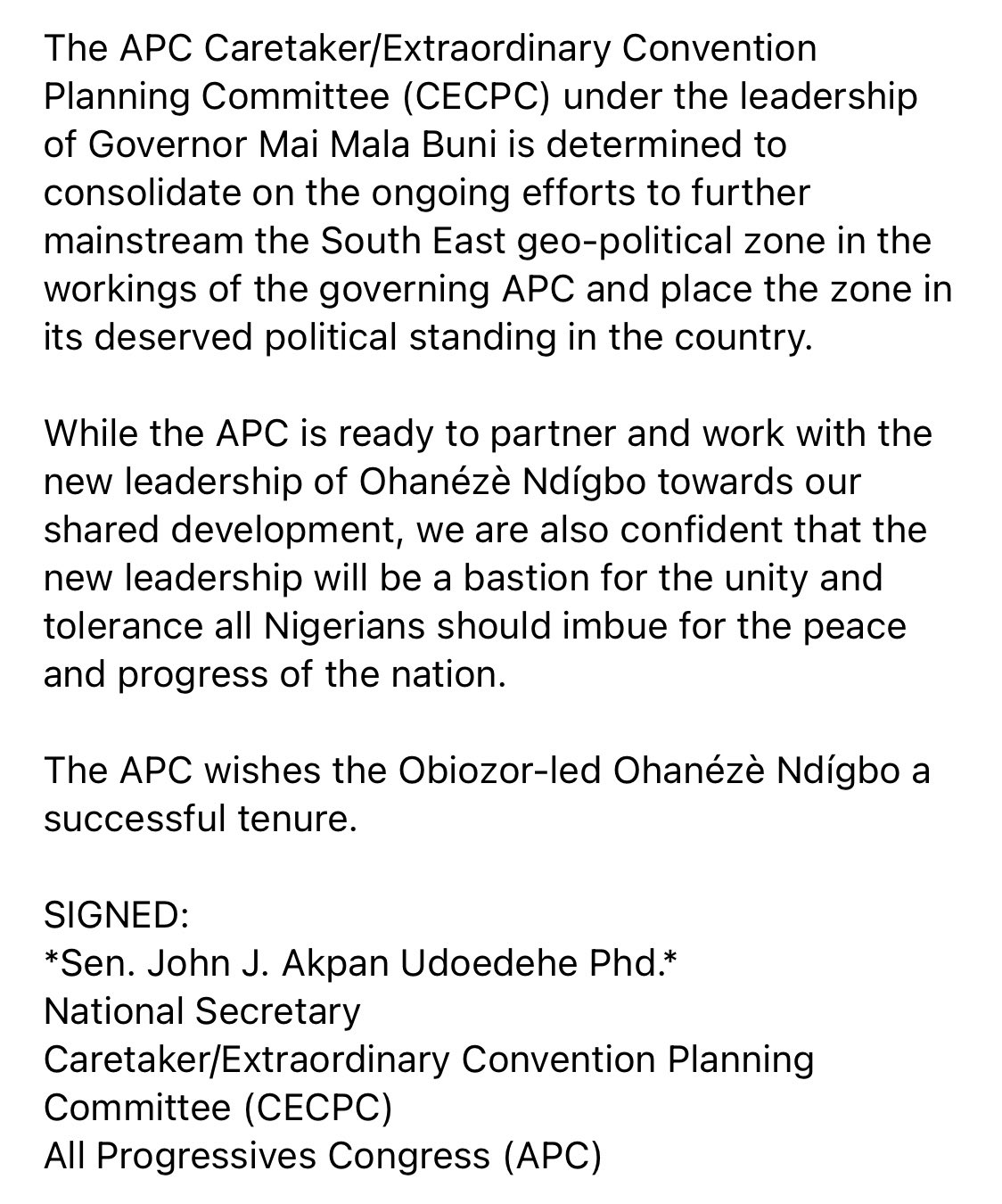 As earlier reported by Naija News, a former Nigerian Ambassador to the United States, Professor George Obiozor, has been elected the new President General of the Igbo socio-cultural group Ohanaeze Ndigbo.

The election which brought Obiozor was held on Sunday at Dan Anyim stadium in Owerri, the Imo state capital.

The former US Ambassador emerged unopposed after other candidates for the position of the President General boycotted the election.

Meanwhile, the leader of the Indigenous People of Biafra, Nnamdi Kanu, on Sunday, condemned the call for his repatriation to face his trial in Nigeria by the Coalition of South East Professionals Network in Nigeria and Diaspora (CSEPNND).

The IPOB leader described the call for his repatriation as laughable and attempted blackmail.

Kanu in a statement released through IPOB’s spokesperson, Emma Powerful, claimed that CSEPNND was created by the Department of State Services, DSS, to blackmail him.