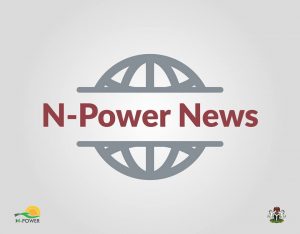 Thirty (30) beneficiaries of the federal government social intervention scheme, N-Power in Adamawa State have been booted out of the scheme.

This was confirmed on Wednesday by Mary Yuwadi, a Focal Person of the federal government’s Social Investment Programs.

She noted that the affected beneficiaries were sacked for offenses ranging from abscondment from duty post and earning multiple salaries, having been discovered to be workers in some other government establishments.

“The federal government has also stopped their monthly payment. This will serve as a deterrent for other members who are not serious in their places of work.

”We discovered that some of those who registered under the programme in Adamawa, reside in Abuja and Lagos and collect the stipend being paid.

”We also found out that some of those who registered, were civil servants working in various local government areas across the state,” she told NAN in an interview.

Yuwadi added that a total of 14,100 Youths in Adamawa state were registered in various segments of the federal government social investment programmes.

She further highlighted the benefits that have accrued from the programmes, warning bad eggs to steer clear of the scheme.

She said: “the programme has significantly improved the standard of primary and junior secondary schools education in the state.” “There is inadequate supervision, mobility and accommodation problems”.

Meanwhile, the federal government has also given beneficiaries of its various social investment programmes including N-Power assurances that they will not abandon the scheme.

The assurance was given by Dr. Chris Ngige, Minister of Labour and Employment when he visited N-POWER trainees at Anamco And Tetralog Mechatronics companies in Enugu.