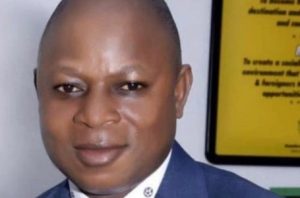 The Commissioner for Diaspora Affairs, Indigenous Artworks, Culture and Tourism in Anambra State, Christian Madubuko, has resigned his appointment with immediate effect.

In his letter of resignation on Monday, Madubuko said one of his reasons for his resignation is the alleged endemic corruption in the system and in the state.

He said that in the cause of fighting corrupt individuals in the state, all manner of frivolous petitions were written against him accusing me of several misdeeds.

Maduboko said he was accused of destabilising the All Progressives Grand Alliance (APGA) and advising the state Governor, Willie Obiano, to remove him as commissioner.

Maduboko also raised the alarm over the threat to his life by unknown persons holding the state revenue on the throat.

He, however, advised the state Governor to rise up to the challenge of leadership and take charge of his government before it crumbles under his feet.

The resignation letter read in part, “In the cause of fighting corrupt individuals holding the state revenue on the throat, all manner of frivolous petitions against me were written to the governor accusing me of several misdeeds particularly destabilising our party, the All Progressives Grand Alliance and advising the governor to remove me before l do more harm to the party.

“On several occasions, agents of darkness tried bribing me with millions of the naira. I arrested these criminals and this was applauded by the governor at the EXCO meetings. Within these three years, l have been redeployed to three key ministries in the state as Commissioner.

“With all these happenings, it became clear that when you fight corruption, corruption fights back in several forms.

“Those toes l stepped on are now in the prowl for my life. I am no longer safe as l speak. On three different occasions, l received the baptism of fire by unknown gunmen/assassins. I was equally attacked severally at the Onitsha Main Market by the agents of the revenue criminals.

“All these attempts were to stop me from exposing the people involved in siphoning the state revenues into their private pockets to the detriments of the Anambra citizens.

“I advise His Excellency, the Governor, to rise up to the challenge of leadership and take charge of his Government. This is because, at the end of it all, the governor alone takes all the glory for things done right and blames for things done wrong.”