Naija News understands that the American Idol is an American singing competition television series created by Simon Fuller, produced by Fremantle USA and 19 Entertainment. It is so far one of the most successful American shows.

“Tonight there will be some poor unfortunate souls,” she said jokingly, using her verified twitter handle, @katyperry where she shared photos of her Little Mermaid villain-inspired look as the episode aired on ABC.

The Idol judge — with purple face makeup and an ensemble with tentacles — watched the night’s contestants as Ursula while they performed songs from Disney films like Toy Story, Tangled, Tarzan and more. 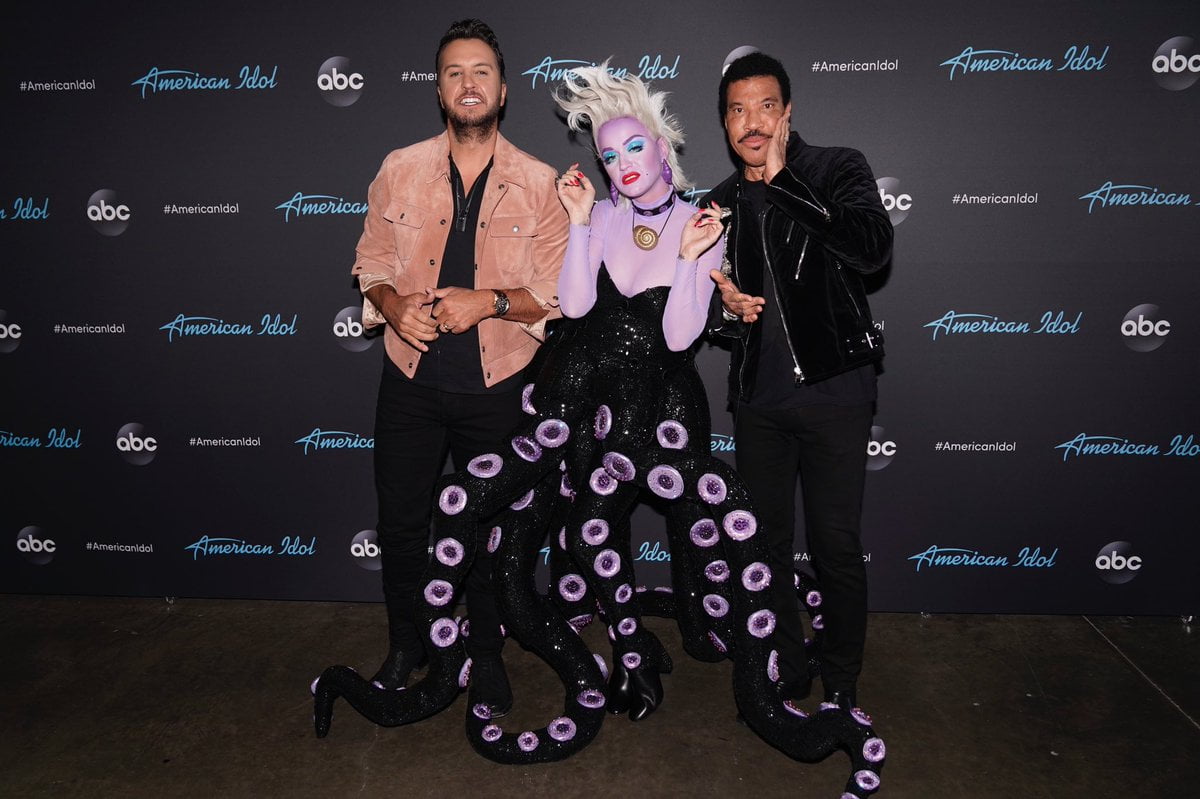 DISNEY NIGHT ON @AMERICANIDOL IS COMING IN 30 MINUTES!!! Trust, it’s not gonna SUCK-TION