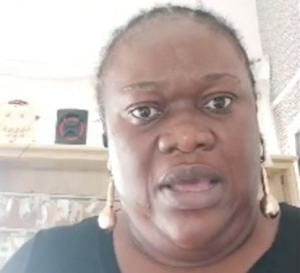 The mother of the allegedly assaulted 11-year-old pupil of Deeper Life High School, Akwa Ibom, has denied asking her lawyer to demand N100 million as compensation for the torture her child went through.

Naija News had reported that the victim’s parents were said to have demanded compensation from the school and that the said amount should be paid within 21 days of receiving the letter dated December 22.

According to the letter, the parents were also said to have asked the school to publish an apology in two national and two local newspapers.

But speaking to TheCable on Saturday, Deborah Okezie said she just hired the lawyers to seek justice for his son, Don Davis.

The victim’s mother noted that she knew about the document served to the institution by her solicitors but didn’t know about the compensation.

She narrated: “People said I should get a lawyer and I did. What I want is justice for Don Davis. Leave lawyer and that English he wrote. If the lawyer left that to look for N100 million, I didn’t open my mouth to ask for it.

“If I want damages, it’s not N100 million. What is N100 million when my child will be jumping out of bed (shocked) in the middle of the night? That’s what I’m saying. You (the lawyer) should have read it to my hearing.

“You don’t have the right to just write it. Even if I can’t read legal documents, there are those close to me who can. It’s not yet time to ask for money. I never told the lawyer with my own mouth to tell the school I needed N100m.

“I need justice first. I don’t know what he wrote. I haven’t read the court document. It came as a surprise to me.”

Recall that Okezie claimed her son was starved and molested by the senior students after the principal moved him to their dormitory for urinating on his bed.

She had also claimed that her son told her the students used to push their hands and legs into his anus while also threatening to kill him if he reported to his parents or the principal, who was recently suspended over the case.

The mother had thereafter narrated how she was attacked at the office of the Commissioner for Education in the state, who had invited her and her son for questioning on the instruction of the state government.

However, the state government withdrew from the case and transferred it to the State Police Command for further investigation.