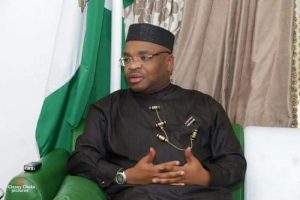 The Akwa Ibom State Government says it has transferred the investigation of the 11-year-old boy allegedly sexually abused at the Deeper Life High School, Uyo to the Nigeria Police Force.

The state Commissioner for Information, Ini Ememobong, disclosed this in a statement on Wednesday in Uyo, the state capital.

He added that the schoolboy has been moved to the Sexual Assault Referral Centre at the Immanuel General Hospital, Eket for further medical investigation.

The commissioner said the victim’s parents and other interested parties gave their consent for the boy to be taken to the referral centre.

He said the Akwa Ibom Commissioner for Education, who investigated the sexual abuse allegation on behalf of the Akwa Ibom government, has been advised by the Attorney General of the state to hands off the case, especially since the police were already on the case too.

Ememobong said apart from the police, other organisations such as the United Nations Special Rapporteur on Human Trafficking, Mirabelle Centre, FIDA Akwa Ibom, Sexual and Gender-based Violence Response Unit of the Ministry of Justice, Akwa Ibom State, have been involved in the case.

The commissioner, however, appealed to the public to be patient for a thorough investigation to be carried out by the Police and other relevant institutions on the matter. He noted that the state government will upon receipt of the reports take necessary actions thereto.

Ememobong, however, revealed that the government remained committed to unraveling the truth in the sexual abuse allegation and prosecuting anybody found culpable of any wrongdoing.