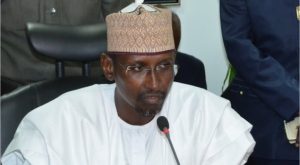 The Federal Capital Territory Administration has vowed to challenge all forms of criminal activities ravaging the nation’s capital city.

Speaking with newsmen on Wednesday, February 17, the FCT Minister, Malam Muhammad Musa Bello lamented over the threat of scavengers, cultism and drug abuse in Abuja and its communities.

Bello while declaring war against perpetrators of the criminal activities said his ministry will confront them, as this was part of its strategies to ensure the security of lives and property of residents of Abuja.

The minister alleged that drug abuse is one of the reasons there are many criminal activities in the territory, stressing that such would no longer be tolerated.

He said: “Each time there is a crisis, you find out that people of no known address, people without any means of livelihood suddenly come up with arms and start fighting each other and killing each other. All these are done under the influence of drugs and this is something that we are going to confront head-on”.

Malam Bello said scavengers known for vandalizing government property are now threats to lives, adding that such activities remain banned in the FCT. He, however, admonished residents to assist security agencies in providing useful information, noting that the task of providing adequate security cannot be left to the police alone.

He added: “We need citizens’ support, especially in terms of intelligence dissemination and also for leaders at all levels, whether it’s at the ward level or at the city level to play their part and we need to communicate and also encourage citizens to be law-abiding and also to provide needed intelligence. Doing that, I think by the grace of God, we will surmount and continue to make FCT a very safe place for everybody”.

Meanwhile, men of the Nigeria Police Force in Kano have reportedly nabbed a Hisbah commander with a woman inside a hotel, Naija News reports.