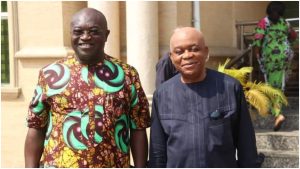 Governor Ikpeazu who was accompanied by some of his special aides was received by his predecessor and son who happens to be the Speaker of Abia House of Assembly, Rt. Hon. Chinedum.

Political watchers in the state while reacting to the development noted that the relationship between the state Governor, his predecessor and the speaker has boosted and enhanced the massive infrastructural development in the state through quality and people’s oriented legislations.

They noted that the Abia State Governor since his emergence as Governor has to remain grateful to the family of Senator Orji for his support to his government.

The spokesperson to Governor Ikpeazu, Onyebuchi Ememanka, in a statement released wrote, “Governor Okezie Ikpeazu earlier today paid a Christmas visit to the immediate past Governor of Abia State and Senator representing Abia Central at the Senate, His Excellency, Senator T A Orji at his residence at Umuahia.”

“The Governor also used the opportunity to offer his personal good wishes to the Speaker of the Abia State House of Assembly, Rt. Hon Chinedum Orji whose 50th birthday is today”.”

Earlier, Ikpeazu had denied nursing plans of dumping the Peoples Democratic Party (PDP) for another party.

The Governor in an interview on Friday amidst rumours that he is planning to dump the PDP for another party submitted that he is very comfortable with PDP.

He added that while every politician is at liberty to choose political affiliations, he belives the PDP is the best option not only for him but also for Abia State. 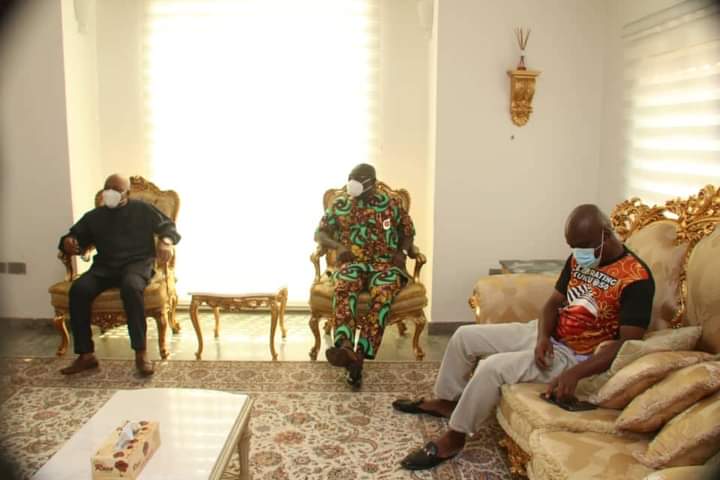