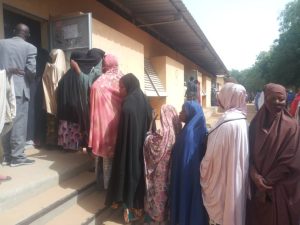 At least 7.4 million people will go to the polls in Niger’s presidential and parliamentary elections on Sunday.

This is the first time an elected president will hand over power to his successor in Niger since independence.

Naija News understands that voting was delayed until around 9 a.m. in some parts of Niamey, the capital.

The elections come at a time when Africa’s poorest country (according to the United Nations index) is facing security challenges from two perspectives:

Al-Qaeda and ISIS attacks in Mali, Burkina Faso in the west and Niger have affected it; In the southeast, Boko Haram militants from Nigeria has affected the country’s development

4,000 people were killed in Burkina Faso, Mali and Nigeria in 2019 as a result of violence and acts of extremist terrorists, according to the United Nations.