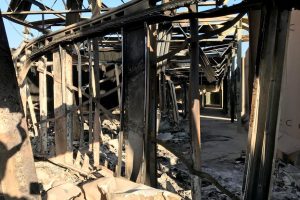 The death toll from the Iranian attack on an American base in Iraq in early January, at the height of tensions between Tehran and Washington, has further increased, according to new figures released by the Pentagon on Tuesday.

In total, 50 American soldiers, 16 more than announced Friday, were victims of concussions following this raid against the airbase of Ain al-Assad, said in a press release the Defense Ministry .

Among them, according to the same source, 31 have been treated on the spot and have already reintegrated their units, while 18 have been evacuated to an American military hospital in Germany and another in Kuwait.

“This is an assessment at time T and these figures are likely to change,” said a spokesman for the Pentagon, Thomas Campbell in the statement.

The question is a thorny one, President Donald Trump having asserted in a televised speech in the aftermath of the Iranian attack that no American had been injured.

Tehran launched missiles against two bases on the night of January 7-8, sheltering some of the 5,200 American soldiers stationed in Iraq, in retaliation for the death of Iranian General Qassem Soleimani, killed in a targeted American strike.

Asked last week about the upward balance sheet of these strikes, Donald Trump, who seeks to avoid any military escalation with Iran, had once again minimized the impact.

“I heard they had a headache,” he said. “I don’t consider it serious injury.”

His Democratic opponents then accused him of lying and disrespecting the injured soldiers.