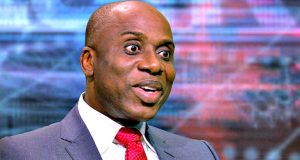 The federal government has said that once it receives a $5.3bn loan from China, it will start construction of a railway line from Ibadan to Kano.

The Minister of Transport, Rotimi Amaechi, made this known in Abuja on Saturday.

“We are waiting for the Chinese government and bank to approve the $5.3 billion to construct the Ibadan-Kano. What was approved a year ago was the contract.” Amaechi said.

“The moment I announce that the federal government has awarded a contract of $5.3 billion to CCECC to construct Ibadan-Kano, they assume the money has come in, no.”

“Up till now, we have not gotten the money a year after we have applied for the loan. We have almost finished the one of Lagos-Ibadan. If we don’t get the loan now, we can’t commence,” he added.

The minister added that the Ibadan-Kano railway line would connect six cities once it was completed.

He said the project was being completed and the train would carry goods directly from Lagos to Kano.