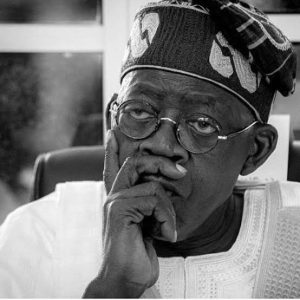 The fact that Nigerian politicians are already jostling ahead of the 2023 presidential election is no longer news, several politicians across the six geopolitical zone in Nigeria have disclosed their interest in one way or the other.

Some of them have been working effortlessly to gain popularity across all regions of the country and met with former Presidents and head of state for some influence and relevance.

The likes of the National Leader of the All Progressives Congress, Bola Tinubu, Ekiti Governor, Kayode Fayemi, Kaduna State Governor, Nasir El-Rufai, Chief Whip of the Senate, Orji Uzor Kalu and many others are reportedly interested in taking over from President Muhammadu Buhari.

However, the chance of the former Governor of Lagos State, Tinubu, appears to have been negatively impacted by recent happenings.

Tinubu’s strength was dealt a big blow recently, ahead of the governorship election in Edo State when he was spotted in a video calling on voters to reject the candidate of the Peoples Democratic Party, Godwin Obaseki, in the September 19 election.

However, Jagaban’s strength failed him as his anointed candidate, Osagie Ize-Iyamu, was defeated in the election, thereby birthing the hashtag #EdoNoBeLagos.

In the last few days, Tinubu’s enemies have been concocting different claims to further stain his ambition and if possible, bury his chances completely

Jagaban has been accused in some quarters as being the orchestrator of the ongoing #EndSARS protest by youths across the nation. He has been accused of sponsoring youths to disrupt the Buhari administration through the nationwide protest a claim he has denied.

A few days ago, the dirt on his ambition became more glaring with prominent individuals in the country accusing Tinubu of ordering Military men to attack innocent Nigerians at the Lekki toll gate, an allegation which has been denied by Tinubu.

Recall that security operatives shot at protesters at the Lekki toll gate while singing the national anthem.

The political enemies of the national leader of the APC are not yet done with him, they recently raised allegations about him earning from the Lekki toll gate,  however on Monday he released a statement stating that he does not earn a dime from the establishment.

It is obvious beyond doubt that Tinubu has many known and hidden battles to fight ahead of the 2023 presidential election, if he desires to take over from Buhari.