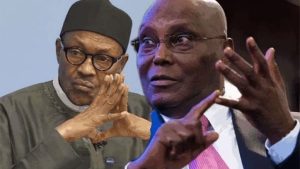 The singer, while reacting to rumours that he plans to join the camp of former Vice President, Atiku Abubakar for the 2023 elections said nothing of such is being planned.

Rarara pledged his unalloyed loyalty to Buhari, denying reports of the purported shift of loyalty to the former vice president, Atiku Abubakar.

He described the rumours about joining the Atiku camp as mere speculations, terming it as the handiwork of mischief makers and propagandists.

He, however, acknowledged that the relationship between him and Atiku is cordial but his political loyalty is to Buhari.

Meanwhile, Naija News earlier reported that the singer has suggested that Nigerians have donated over N70m for him to release a new album in support of Buhari’s achievements.

He, however, noted that he won’t reveal the specific amount yet as he wants to disclose it at a special press conference for the purpose.