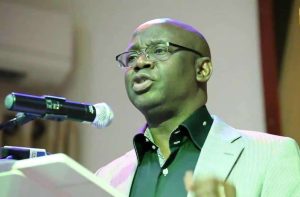 The General Overseer of the Citadel Global Church, Pastor Tunde Bakare, has once again reinstated his desire to become the President of Nigeria in 2023.

Speaking to a  group of journalists in Lagos on Tuesday, Bakare said just as Joe Biden emerged as the 46th United States President-Elect, he would also become Nigeria’s President.

Bakare said, “There is something called destiny. I am not one to hide under the umbrella of one finger and make ambition look like vision, I do not camouflage.

“It is not a matter of life and death, but you can write it down. As the Lord lives, and as I am given the opportunity, the day will come, like Joe Biden, that I will be the President of Nigeria.”

However, in another latest development, the former Governor of Kaduna State, Balarabe Musa has been buried. Naija news reports that the elder statesman was buried in his home at Angwan Rimi area of the state, on Wednesday.

A source said, “Balarabe Musa has just been buried directly behind his house in Angwan Rimi.”

Naija News had earlier reported that Musa died at age 84 in the early hours of Wednesday.

He wrote, “Alhaji Balarabe Musa has died. May Allah forgive his souls and grant him Aljanna firdausi. Amin.”

Musa was elected governor of Kaduna State in 1979 but was later impeached.