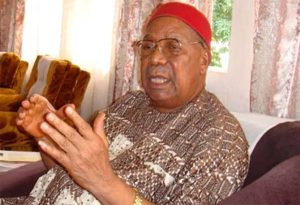 Former Minister of Aviation in the first republic, Mbazulike Amaechi, on Friday warned that any attempt by the Northern region to retain power in 2023 will affect the existence of Nigeria as a nation.

He further stated that any plan to field in a candidate from the North by the two leading political parties may see the country explode.

Amaechi noted that when crisis sets in, nobody should be blamed but the people who created the situation.

The former Minister said, “If that is the case, that the North wants to keep power in 2023, it might lead to a more serious case in the country and it will affect our continued existence as a nation.”