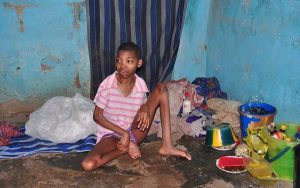 Twenty-year-old Opeyemi Olatoke has regained her freedom after years of being kept in an abandoned building by her own father.

Naija News understands the lady was locked up in an abandoned house located at Alfa Fire area, Ikirun in Ifelodun Local Government Area, Osun State by her father Samson Olatoke.

Help however came her way when the matter was discovered and reported by an NGO; Value Female Network who took the case before the Osun State Women, Children and Social Affairs Commissioner, Barr. Olubukola Olaboopo.

With the help of the Osun State Police Command, the girl has now been rescued according to a statement made available to newsmen on Monday by the Commissioner’s media assistant, Oyedele Kehinde. 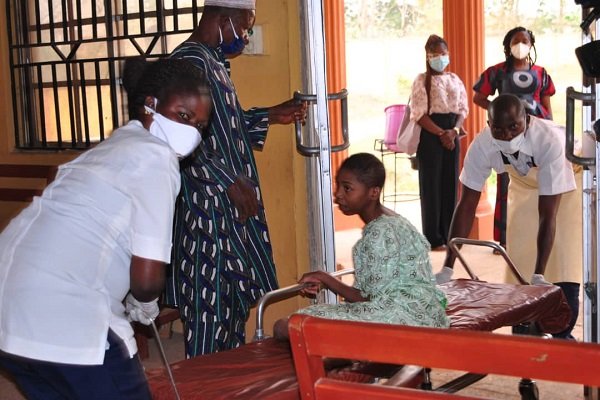 The father of the girl who was alleged to have locked up her daughter and her brother were also arrested by the police.

The statement reads; “The ministry and the police swung into action, we went to the house where the 20-year-old girl was locked up by her father. The father disclosed that he locked up the girl because she was physically challenged. The victim’s mother informed us that Opeyemi’s health started to deteriorate when she shouted from her sleep at age four and since then she was lame.”

On how they discovered the girl’s whereabouts, the founder of Value Female Network NGO, Dr Aderibigbe Costly, explained that “an anonymous source disclosed the information to our organization that a man had locked up his physically challenged child in an abandoned family house for five years in Ikirun, adding that the father of the child only feeds the girl once in a while.”

Meanwhile, the General Overseer of Omega Fire Ministries International, Apostle Johnson Suleman has been accused of sleeping with the wife of one of his former pastors, Mike Davids.

The popular cleric was also accused of threatening the man and denying him access to his children.

To this end, the Inspector-General of Police, Mohammed Adamu has ordered an investigation into the matter based on a petition submitted by V.C Ezenagu & Associates on behalf of the aggrieved Pastor Davids who made the allegations against Apostle Suleman.

The IGP’s order was conveyed in a letter dated January 5, 2021, with reference number CB:7000/IGP.SEC/ABJ/Vol.515/561, signed by his Principal Staff Officer II, ACP Iliya Doma, and addressed to the Deputy Inspector-General of Police, Force Intelligence Bureau, Garki.

The woman in question has also been identified as Pastor Faith Edeko, who reportedly now pastors the Abuja branch of Omega Fire Ministries in Utako while her husband, Pastor Davids, is no longer with the ministry.