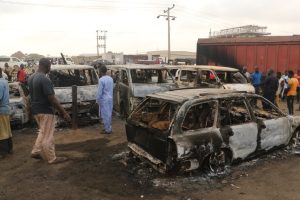 About 29 different types of vehicles were totally burnt on Saturday when a petrol laden tanker went up in flames on the Kara Bridge end of the Lagos-Ibadan expressway.

Two persons have also been confirmed dead in the unfortunate incident that occurred in the early hours of Saturday, November 7.

According to figures provided by LASEMA, the post-disaster assessment is as follows: 2 fatalities (driver of tanker and motor boy), 10 casualties who received on the spot treatment, 23 vehicles affected including 1 tanker containing 45000 litres of petrol, 1 luxurious passenger bus, 2 articulated vehicles, 19 cars.

Naija News understands that operatives of the Lagos State Emergency Management Authority (LASEMA) who responded to the incident were initially attacked by suspected hoodlums forcing them to seek police protection.

This development was also confirmed in a Twitter post by LASEMA on Saturday explaining that its operatives were forced to retreat over threats to their lives.

It wrote: ”UPDATE ON TANKER FIRE ON KARA BRIDGE, OUTWARD BERGER The agency responded to the incident at 0105hrs this morning according to the State emergency response plan. The joint team (agency AND LAGOS FIRE SERVICE) was waylaid on arrival by a group of miscreants brandishing weapons and was forced to seek extra police cover from the Isheri Police Station.

The operation commenced with the police protection until the group of assailants grew larger and caused significant damage to vehicles and threats to life of our personnel. The team was forced to suspend the Recovery operation for safety reasons.

It is of note that this attack is part of a very worrisome trend of first responders being attacked in the course of their duties. Lagosians are urged to refrain from endangering the lives of emergency responders”

It wrote: “Following the previous attempt in which our responders were attacked. The agency and responders, accompanied by security reinforcements, were able to return to the scene and contain the fire resulting from an explosion which was caused by an overturned petrol tanker.”

Following the previous attempt in which our responders were attacked. The agency and responders, accompanied by security reinforcements, were able to return to the scene and contain the fire resulting from an explosion which was caused by an overturned petrol tanker. https://t.co/fSXa3hky3O

Meanwhile, here are photos from the incident. 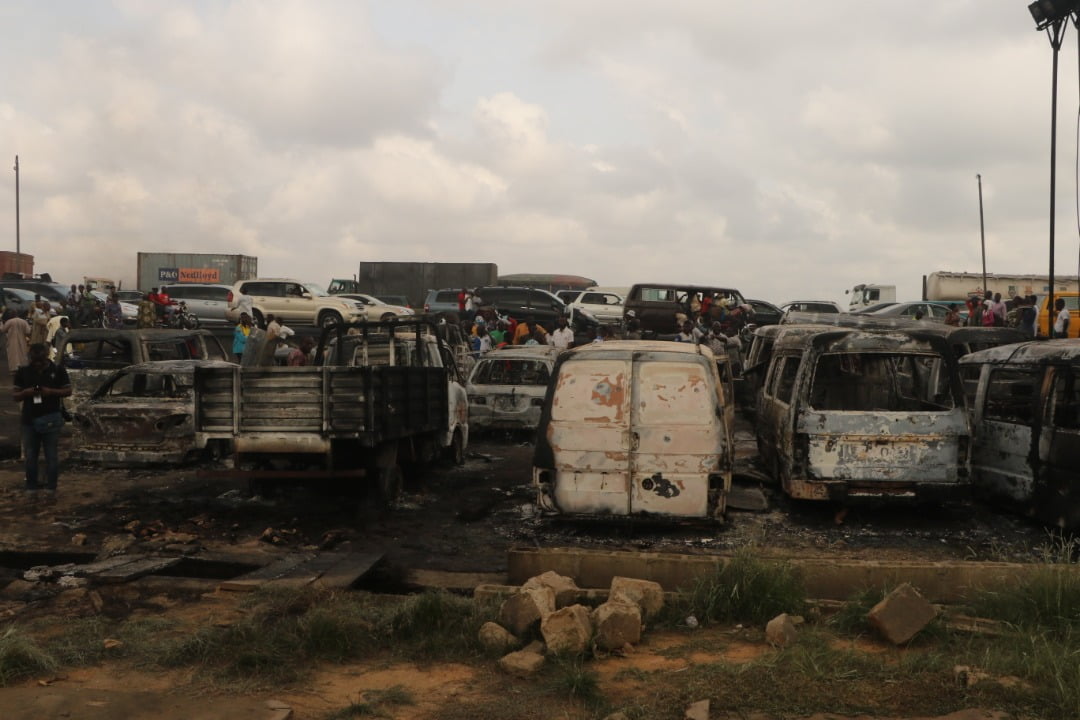 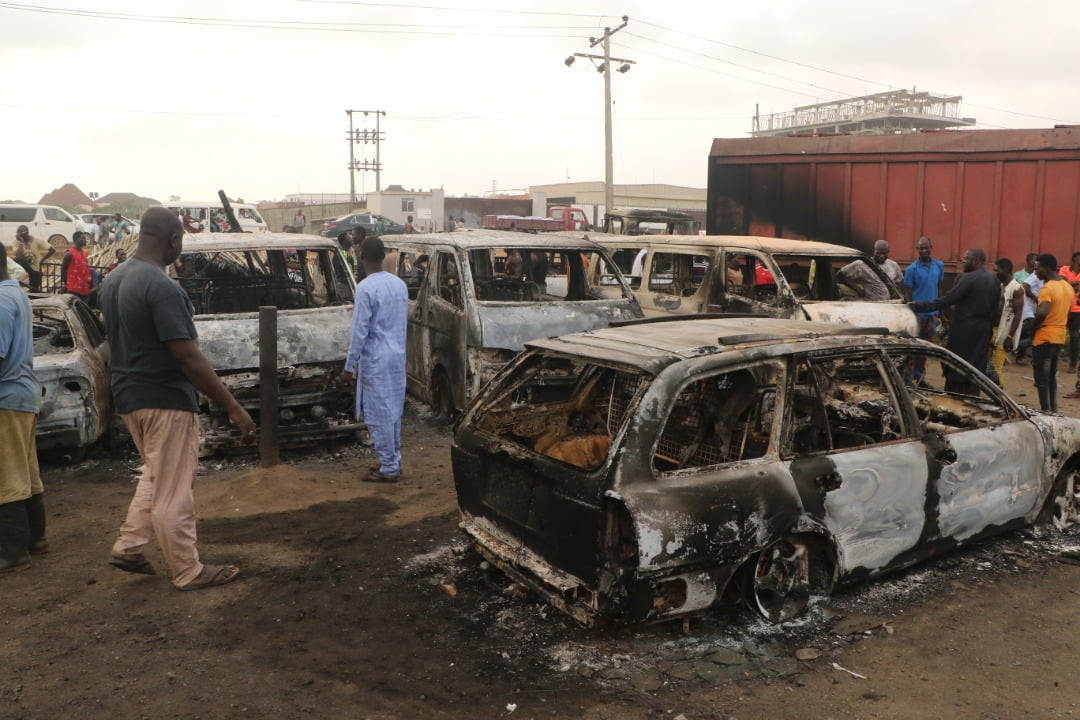 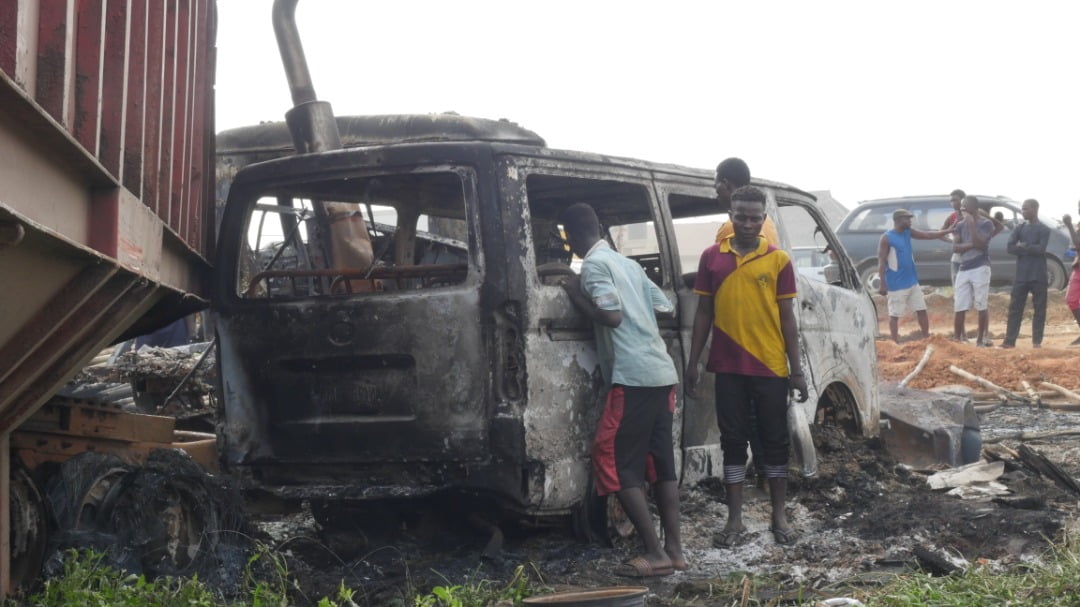 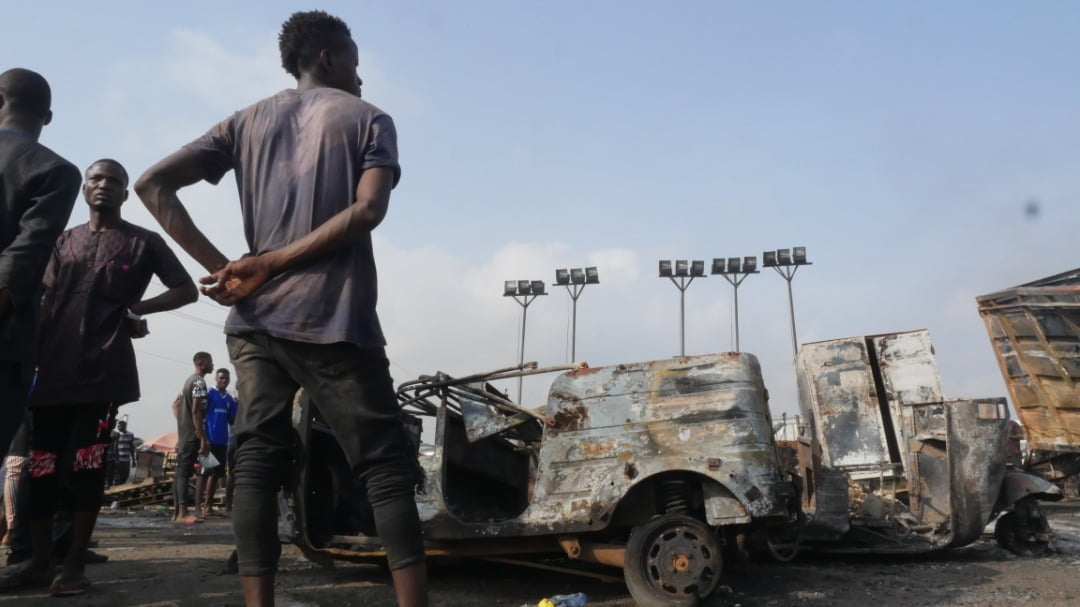 And here is a video of the incident.

Here’s video of the fire at Kara Bridge just before Berger. This morning…