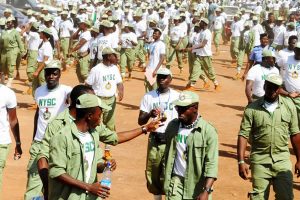 No fewer than fifteen serving members of the National Youth Service Corps (NYSC) in Niger state have reportedly tested positive for COVID19.

The state Commissioner for Health, Dr Muhammed Makusidi who made the disclosure on Thursday, January 28 revealed that 15 out of the 16 active cases of the dreaded disease in the state are serving corps members.

Naija News understands that the commissioner gave the report during a meeting with the state governor, Abubakar Sani-Bello on measures to combat the spread of the novel virus in the state.

Niger State as revealed by the commissioner has so far recorded a total of 695 confirmed cases of COVID-19 across 22 out of the 25 local Government Areas and 14 deaths.

In this regard, Governor Sani- Bello has declared a fine of N5,000 to anyone found going about without facemask in the state.

The governor directed the Commissioner for Justice and Attorney General to prepare an executive order for the enforcement of compulsory use of face masks in the State. Sani-Bello stated categorically that who don’t use face masks will face a mobile court since enforcing lockdown is not feasible at the moment.

The governor noted that the order will take effect from Monday, 1st of February, 2021.

Meanwhile, the Federal Government has been advised to sensitize and not enforce COVID-19 vaccine on citizens when it finally arrives in Nigeria.

The advice was coming from the Sultan of Sokoto, Muhammad Sa’ad Abubakar, Naija News reports.